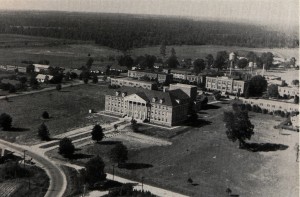 Early Athletics and the First Homecoming in 1915

Rules and Discipline of Students at TDAS

The Undefeated Champions of 1929

Magnolia A&M and the Great Depression

Curating a Museum and Sponsoring the First Dance

The War at Home

A New President, GIs, and Wilkinsville

A New Generation of Faculty

Elmer Smith and the Renewal of Men’s Sports

The Decision to Become a Four-Year College, Southern State College

A New President, New Faculty, and Accreditation of SSC

Student Activities in the 1950s

Football’s Decline and the Rise of Other Sports

A New President, Scholarships, Elmer the Dinosaur, and the World

Integration and the First Black Professor

Extracurricular Activities of The “Baby Boomers”

Finances, Endowments, and Aid for Students

The SURE Controversy and Later

The Greeks: Social and Academic

The Bray and Press Freedom

The Resignation of Dr. Brinson