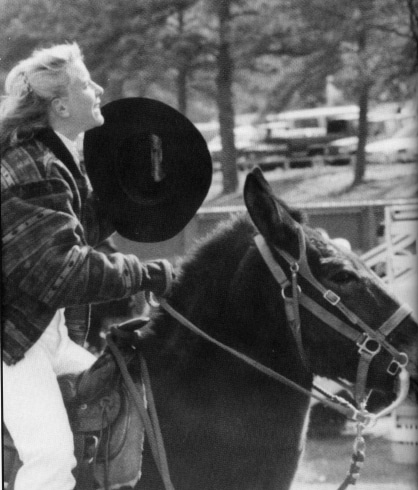 Kassie Katcham and Molly B in 1994 (Click photo to enlarge)

After a hiatus of some years, SAU fans saw an official mascot at football games again in 1993. It was a full-size American mule ridden by a designated Mulerider rather than the diminutive Sicilian mules (donkeys) like Optimaggie, Adolphus, and Imonaggie. The new agriculture department chair, Dr. James Tollett, a ’57 alumnus, purchased a molly (a female mule). Kassie D. Ketcham assumed the role of the Mulerider astride Molly B at home football games and other campus events. In the 1970s and 1980s, there had been a few mules and riders from the agriculture department, and retired alumnus T. O. Hammaker brought his own mule to games. There had been experiments with other kinds of mascots, including cheerleaders in a mule costume at both basketball and football games. Cowgirl Priscilla Garrett briefly rode a stick horse one year at football games. These substitutes for a real mule never evoked much enthusiasm. 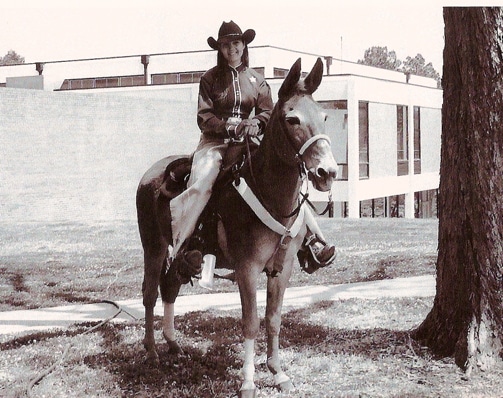 Ashley Moss and Molly B in 2004 (Click photo to enlarge)

Instead, it [campus residence for the  SAU president] became the home of the alumni association and the development offices. The new alumni director, Ceil Bridges, her assistant, Julie Hartsfield, and others in September 2003 began a new tradition—Mulegating. It became an instant success with hundreds of students, alumni, and friends arriving hours before each home football game to set up portable cookers and ice chests among the pine trees west of the Welcome Center. They cooked and watched their children play on equipment provided at children’s corner. They took part in other entertainments, including a visit to the university’s mule, Molly B, ridden skillfully by two young women, Ashley Moss and Sunny Wilcox, who served consecutively from 2003–09 as the SAU Mulerider. 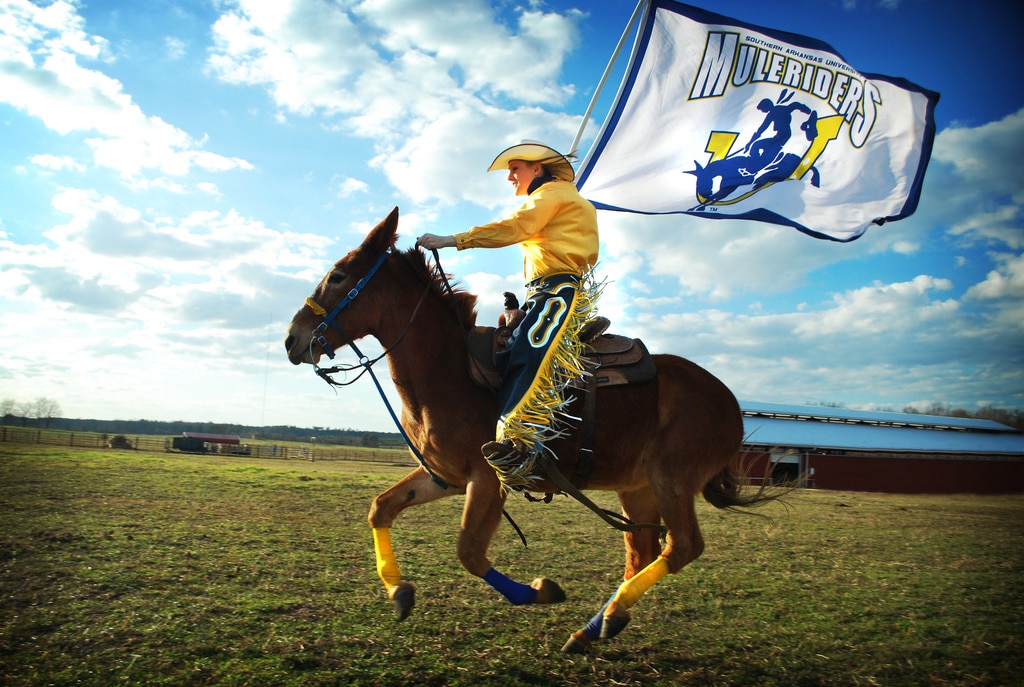 Sunny Wilcox and Molly B in 2009 (Click photo to enlarge)

As game time approached, Mulegaters participated with the band and cheerleaders in rousing pep rallies. Ceil Bridges was also the cheerleaders’ sponsor and encouraged their growth in numbers and skill. Averaging eighteen in number, an equal number of men and women, the squad combined energy and enthusiasm with acrobatic feats that allowed them to successfully compete in National Cheerleaders Association contests. After pep rallies, Mulegaters walked to Wilkins Stadium along Legacy Lane, a walkway in progress built of brick from early campus buildings. Not long after Mulegating began, those who attended on October 4, 2003, saw the school’s first SAU Sports Hall of Fame induction during halftime ceremonies. A centennial gift of $60,000 from the alumni association completed in 2009 an alumni bridge that made it easier for Mulegaters to cross a small stream at the end of the Legacy Lane. 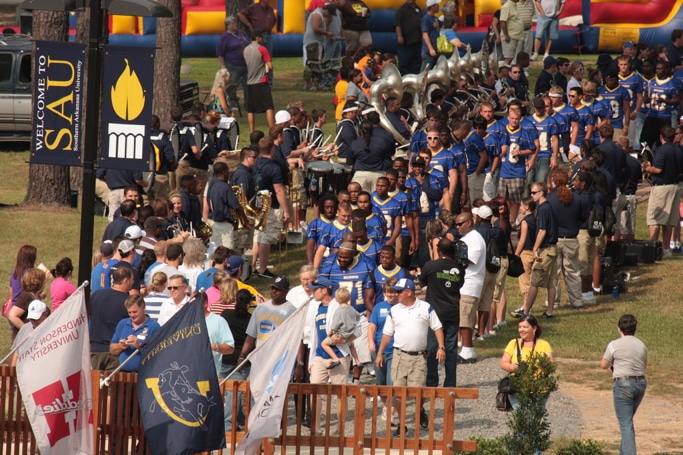 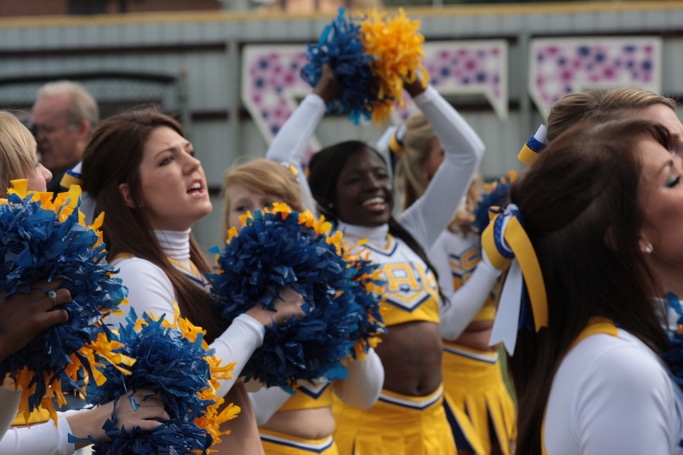