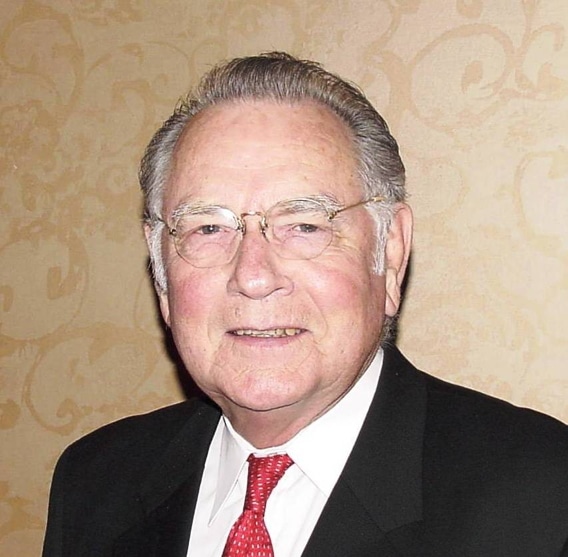 Dr. Steven G. Gamble assisted the SAU Foundation Board of Governors and Sharon Eichenberger in intensive efforts to increase the endowment. By the time she retired in 2002, it had grown to $15.6 million with 720 fully funded endowments. The single largest individual gift ever received—$575,000—was contributed in 2000 from the estate of the late Walter F. Bennett, a ’47 alumnus from Lewisville. Holding the distinction of always ranking each year in the “Top Five” contributors was Harold H. Fincher, a ’46 alumnus from Waldo who faithfully served through the years on the foundation’s board of governors. Dr. [James] Tollett initiated a successful three-year $500,000 campaign to “revitalize the university farm” that attracted wide support from former agriculture students, “Mr. Child’s boys.” 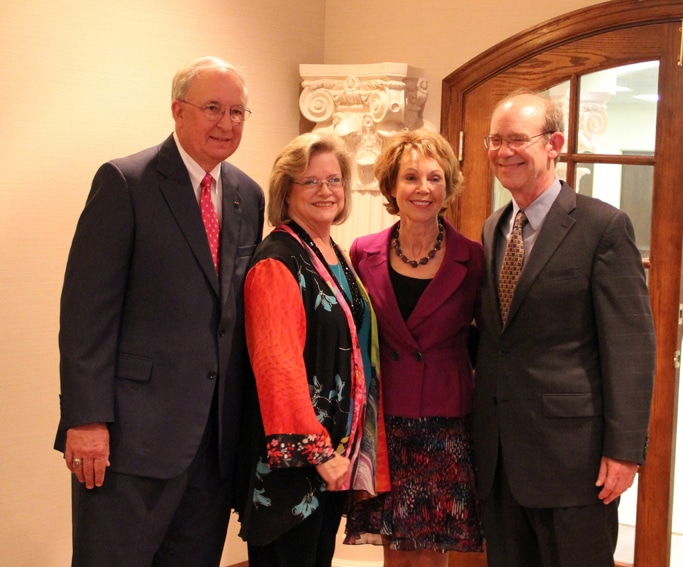 Farmers’ CEO Dr. Bob Burns and wife Molly greet David and Julie Nixon Eisenhower, among the many famous individuals who came to SAU as part of the Farmers’ Bank and Trust Lecture Series. (Click photo to enlarge)

Generous contributors established additional lecture and visiting artist series. Joe D. and Deane Reid Woodward endowed a visiting theatrical artist series in 1991, complementing the visiting artist in residence endowment that John W. Rhea and his wife established for the art department in 1987. Actor Clu Gulager in 1991 and artist Don Shaw in 1988 inaugurated these series. Albemarle Corporation, Columbia County’s brine producer, funded an annual lecture series for the School of Education beginning in 1993 with the famous African American professor of psychiatry and child expert at Harvard University, Dr. Alvin Poussaint. John T. Crone III of San Antonio honored his Columbia County ancestors with the 1993 Emerson-Thomas-Crone Lecture series. Its first lecturer was Arthur M. Schlesinger Jr., renowned American historian and former aide to President John F. Kennedy. Over the years, this lecture series brought to SAU some of America’s most famous authors and journalists, including Carl Bernstein, Gwendolyn Brooks, George Plimpton, and Helen Thomas. The late Dr. Robert B. Walz’s widow, Curtistine, established an endowment that annually brought a prominent historian to campus. Dr. Joan Hoff, then executive director of the Center for the Study of the Presidency, delivered the inaugural Walz Lecture in 1996. 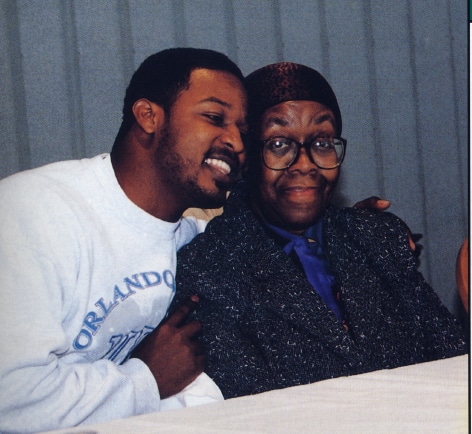 When Dr. Rankin assumed SAU’s presidency on January 1, 2002, his immediate challenge was to secure the Reynolds Foundation grant [to build a new student center, replacing the older Bruce Center]. After a successful meeting with the Reynolds board resulted in an award of $12.3 million, the next task was to raise a required match of $2.46 million. A generous outpouring of support from the local community, alumni, faculty, staff, and friends reached that goal in only eight months. Many descendants of Columbia County citizens who had made pledges in 1909–10 to bring TDAS to Magnolia contributed in 2002 to bring the magnificent Donald W. Reynolds Campus and Community Service Center to SAU. 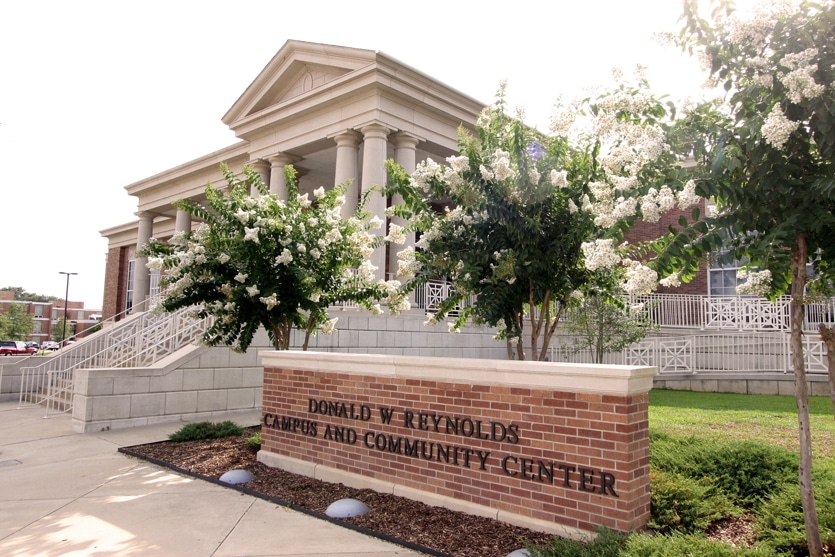 The Donald W. Reynolds Campus and Community Service Center from the front (Click photo to enlarge) 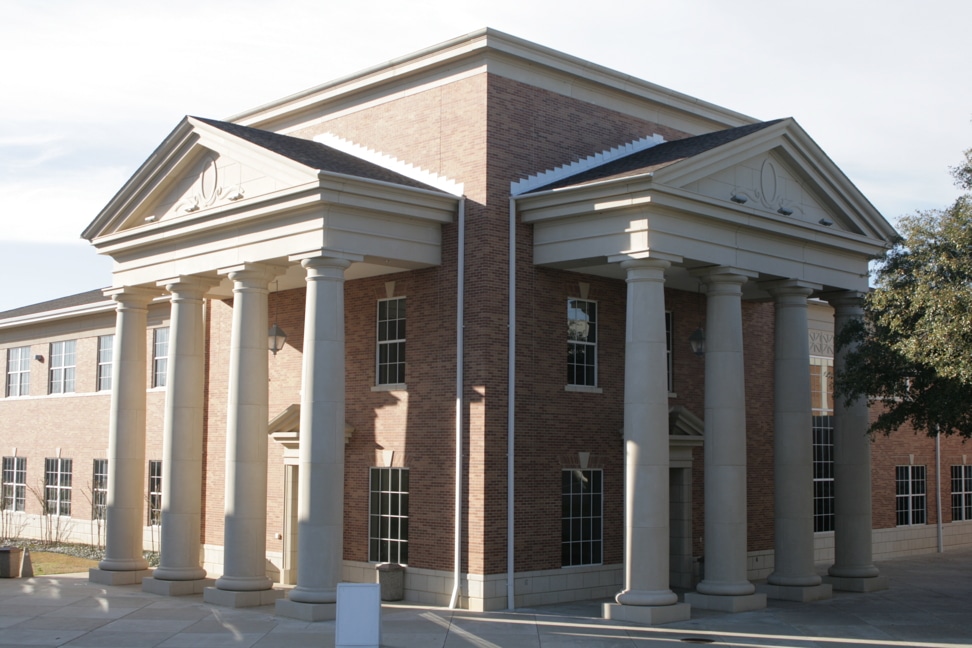 While state funding lagged, alumni and local supporters of SAU remained as generous as ever. By 2008, before economic deterioration, total SAU endowment funds exceeded $21 million with 815 fully funded scholarships and other endowed programs. To honor her parents, Dr. Ruth L. Couch, ’58, a retired professor at Arkansas State University’s Beebe Branch, donated in 2002 a thirty-three-acre site three miles east of the campus. This Couch Memorial Nature Area would be used for ecological studies. Farmers Bank and Trust of Magnolia, in 2005, supported a new lecture series that brought to the campus over the years some of America’s most famous personalities including James Carville, Steve Ford, Oliver North, and Michael Reagan; and in 2009, the former prime minister of Israel, Ehud Olmert. Admirers of Dr. Kathleen Mallory, led by Dr. Linda Tucker of the English department, began a lecture series in her honor that brought to campus each year prominent African American scholars. Dr. Kyra Gaunt, associate professor of ethnomusicology at New York University, was the 2004 inaugural speaker in the Kathleen Mallory Distinguished Lecture Series, which later featured such renowned professors as Dr. Robin D. G. Kelley of the University of Southern California and Dr. Melissa Harris-Lacewell of Princeton. 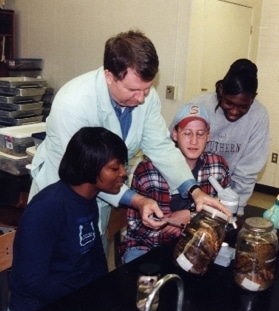 Dr. Henry Robison was not only a distinguished researcher, he was also a dedicated classroom teacher. (Click photo to enlarge)

A bequest from the estate of the late Dr. L. A. Logan founded, in 2005, an endowed professorship in his name that was first awarded to Dr. Henry W. Robison of the biology department. Elevated to the highest rank of distinguished professor by the board of trustees in 2006, Dr. Robison was only the second full-time SAU teacher so honored (English Professor Dr. George Sixbey was the first in 1972). The honor recognized Dr. Robison’s international reputation in the field of ichthyology. Over more than thirty years at SAU, while teaching full-time, he published five books, including Fishes of Arkansas; authored more than one hundred scientific articles; served on the editorial board of Copeia, the premier scholarly journal in his field of biology; and discovered fourteen new species (seven crayfish, three beetles, two wasps, and a crustacea). The Smithsonian Institution honored his work by naming five of the new species for him.

The 2006 top donors to endowments, most from Magnolia and Columbia County, who had gathered for a special dinner honoring their generosity to SAU (Click photo to enlarge)