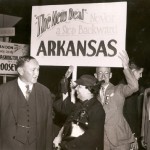 News of Wall Street’s market collapse in October 1929 barely registered in Columbia County where people were more concerned about cotton prices than stock quotes. The slow slide into the nationwide Great Depression was eventually felt in Arkansas. It was the drought of 1930 not stock losses that produced immediate misery. Gardens and cotton crops burned in the sun-parched soil, and one-third of the state’s population faced starvation. The “food riot” in England, Arkansas, where three hundred desperate farmers forced grocers to hand over supplies symbolized this plight. It was the Red Cross, not the government, that provided relief. It fed people in seventeen drought-stricken states across the country. Arkansas was hit the hardest and had the largest number of food recipients, some 519,000 men, women, and children, including almost one-fourth of Columbia County’s residents (7,794 of 27,320). Elizabeth McMorella took the lead in organizing local Red Cross volunteers that included A&M college girls to sew and distribute clothing for the needy, an effort that would expand as the Great Depression deepened. 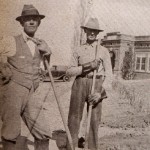 The Great Depression imposed widespread economic and social misery. Arkansas’s per capita income fell to $152 at its nadir, the lowest in the nation. More than one-third of the state’s citizens were unemployed; the jobless rate in Columbia County was the same. Six pages of the Banner News were filled in 1931 listing the delinquent property taxes. Cotton sold that year at six cents a pound, one-third its 1929 price, and farmers could not pay their taxes. Two hundred Arkansas banks failed, and some citizens lost all their savings. Of the major banks in Columbia County, only Farmers Bank & Trust escaped unscathed. Magnolia A&M lost about $6,000 due to bank failures.

President Overstreet in an uncharacteristic understatement described 1931–32 as a “most trying year.” He saw firsthand the depression’s impact on his students. Two young men unable to afford a trip home remained on the closed campus during the Christmas holidays and found they had $1.94 between them to buy food for two weeks. That spring, college sophomores voted not to buy caps and gowns for graduation. It was in that dismal year that Overstreet was forced to cut salaries for faculty and staff. 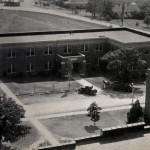 During the Great Depression, student enrollment not only did not decline, it boomed. Fewer job opportunities apparently made college more attractive to those who could afford it. In 1930–31, for the first time A&M had enrolled more—twice the number—college than high school students. The school’s largest enrollment before the end of the Second World War occurred in 1936–37 when there were 559 students (469 in college and 90 in high school).

Students continued to perform most work on campus, and the school had always maintained a large student labor fund. Some 25 to 35 percent of students were employed each year. An important addition to regular campus employment began in 1933 when the national government first provided jobs for students. Students had earned only twelve and one-half cents per hour (one hundred hours to earn a month’s room and board), but this rate was increased to fifteen cents to match federal wages. Magnolia A&M awarded scholarships to a small number of academically talented students beginning in 1934. High school valedictorians and salutatorians received $20 and $15, respectively. To help rural students in dire need, Overstreet accepted farm families’ delivery of animal feed to the dairy barn in lieu of cash for room and board payments. The board also allowed the president to extend credit to students. 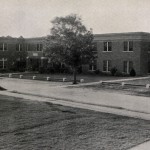 Like most Americans, Magnolia A&M students in the depression invested hopes in the presidential election of 1932. They longed for change since Republican President Herbert Hoover was perceived as not dealing effectively with the country’s problems.

In that election season, students were undoubtedly fascinated as they witnessed the exciting whirlwind campaign of Senator Huey “the Kingfish” P. Long sweep into Magnolia. The famous and controversial senator from Louisiana was helping Mrs. Hattie Caraway to retain the U.S. Senate seat she had gained in a special January election to succeed her late husband. Long looked forward to exerting influence in the home state of his powerful rival in the Senate, Joseph T. Robinson of Arkansas, soon to become Senate majority leader, who opposed Long’s radical scheme to tax away millionaires’ wealth. Caraway stood beside Long in August 1932 as he spoke to a crowd of 3,500 gathered at the Magnolia courthouse square and railed against wealthy Wall Street speculators for causing the depression. Thanks to similar campaign stops in other Arkansas towns, Long ensured the reelection of the first woman elected to the U.S. Senate. 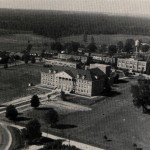 Columbia County and Magnolia A&M received much assistance from New Deal programs. The Federal Emergency Relief Administration (FERA) provided immediate employment in 1933–34 to both white and black adults. On campus, FERA built sidewalks between the dorms and Old Main and small decorative concrete pools for goldfish in the quads connecting these buildings. Underground tunnels for steam pipes that conducted heat to buildings were also constructed. In addition to adults from Magnolia, twenty-five A&M students from families of unemployed breadwinners qualified for FERA jobs on campus. More permanent jobs and building programs began the following year with the establishment of the Works Progress Administration (WPA) for adults, the Civilian Conservation Corps (CCC) for youth, and the National Youth Administration (NYA) for 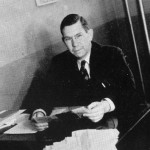 students and youth. The Public Works Administration (PWA) and the Reconstruction Finance Corporation (RFC) offered loans and grants for constructing public infrastructure. The city of Magnolia received support to build a hospital, an elementary school, an airport, a post office, and an athletic field for both high school and college use. A CCC camp was established on land leased from the college (later the Columbia County fairgrounds). Magnolia A&M received funding for two new dorms and a cafeteria (Cross Hall and Nelson Hall that also housed the cafeteria) as well as an administration building with offices, classrooms, and an auditorium (Overstreet Hall). Area farmers received funding from the Agricultural Adjustment Administration (AAA) and other programs to reduce cotton acreage and promote soil conservation.

The NYA employed fifty to sixty A&M students each year to work in the library, in labs, and in faculty offices. To administer the federal program, Overstreet hired Milton Talley, a 1927 alumnus, as student worker supervisor in 1936, beginning Talley’s long service at the institution [later as a beloved Dean of Students from 1950-1967]. NYA students could earn a maximum of $15 per month but had to maintain a higher grade point average than other working students.