Arkansas’s institutions of higher education were the first in the South to desegregate. While their actions in the 1950s were admirable, they were minimal. On the other hand, no Arkansas institution resisted like those in Mississippi and Alabama. No black undergraduate enrolled at any state-supported college in Arkansas before 1955 although the University of Arkansas had admitted blacks to law, medical, and graduate schools. Kathleen Jordan (Mallory) and James Epps, black schoolteachers at Stephens, were the first to attend any classes at SSC. They took a graduate course in education held in Overstreet Hall during the summer of 1955. SSC Professor Dr. Frank Irwin taught it as an off-campus extension course for the University of Arkansas. Officially, Jordan and Epps were therefore enrolled at the university rather than at SSC.

The question of undergraduate enrollment at SSC and the other colleges arose in late May 1955 when the U.S. Supreme Court handed down a decision that implied that the landmark 1954 Brown v. Board of Education ruling against segregation in public schools also applied to higher education. Unlike Oklahoma and Tennessee whose state boards of higher education directed public colleges to gradually desegregate, the autonomy of Arkansas’s colleges left such decisions in the hands of their presidents and boards of trustees. All the presidents and some board members met in Arkadelphia in June to discuss the matter and decided to ask for an opinion from Arkansas Attorney General Tom Gentry. He told the presidents on August 3 that the Brown order did indeed apply to colleges. SSC’s board then determined on August 19 “after a long and thorough discussion” that black undergraduates could attend Saturday classes. The other Arkansas colleges also acted to integrate in a minimal way. Black students in small numbers, ranging from one to four at each school, gained admission to almost all of the seven state-supported institutions of higher education in the 1955 fall semester. Some presidents were reluctant to talk to the press about the matter while others released their black students’ names.

At SSC one black student—Wilmar B. Moss—was admitted but only when he refused to accept an initial rebuff. Enrollment was insufficient to justify Saturday classes, and when Dr. Camp told Moss that he could not attend regular classes according to the board’s policy, Moss insisted and indicated that he had discussed his situation with the National Association for the Advancement of Colored People (NAACP). Dr. Camp then telephoned board members, and they made a decision (ratified formally in a December meeting) that Moss could attend night classes. Moss enrolled at SSC but later graduated from Arkansas AM&N College, the state’s traditional black college. He returned to Columbia County as a schoolteacher and eventually became the longtime superintendent of the Walker school district. 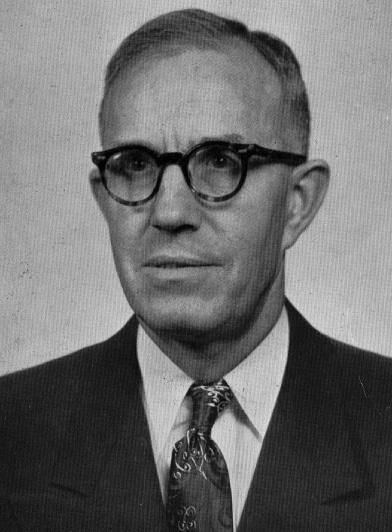 The reluctance of SSC’s leaders to embrace desegregation at this point undoubtedly reflected the sentiment of most whites in Magnolia and the South. The white backlash against the Brown decision was expressed in a variety of ways. The Southern Manifesto (March 1956) was a statement denouncing Brown signed by most southern congressmen, including all members of the Arkansas delegation. There was also violent opposition by some white supremacists. In early September 1956, white mobs gathered repeatedly in Texarkana, Texas, some sixty miles from Magnolia, on the campus of Texarkana Junior College to prevent enrollment of three black students. Despite its illegality, mob action prevailed, and no blacks were able to attend the college. At SSC from1956 to 1963 an occasional black student enrolled in a Saturday or summer class, but there is no history of a black undergraduate attending regular classes during fall or spring semesters in those eight years.

Student and faculty opinion at SSC on integration was mixed, but clearly, a majority opposed enrollment of black students. There were occasionally other voices. Dr. Camp told the board as early as 1952 of “rifts” among the faculty on various matters including “racial issues” because some members wanted to invite groups to campus that “included Negroes and others do not.” Bray editor Sue Jackson in 1961 wrote that the use of the Confederate flag to decorate that year’s spring formal dance at the student union was acceptable if it were in celebration of the nation’s Civil War Centennial, then just beginning, but not, she declared, if it were a proclamation of white supremacy. 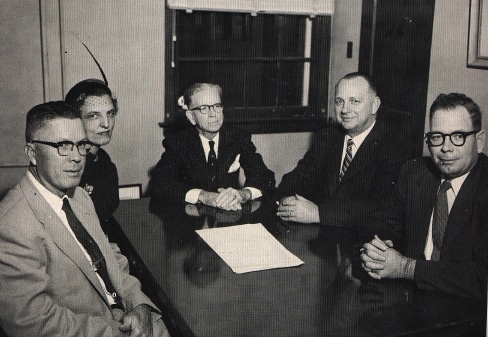