Students often complained of too few campus events and voted in 1978 to levy a $10 activity fee each semester. Thereafter, a full-time student activities director helped students with concerts and other programs. Unfortunately, inflationary prices of entertainers skyrocketed, and SAU could seldom afford celebrity performers. An exception was the 1987 concert of country music star Lee Greenwood whose 1984 hit “God Bless the USA” remained popular for years. Sometimes the Campus Activities Board (CAB) could afford little more than film series. Controversy arose in 1979–80 when several unrated foreign soft-core erotica movies, including Emmanuelle and Danish Pastry, were shown. In the ensuing controversy, a formal debate of faculty and students, and later an open forum, discussed the pros and cons of film censorship. Thereafter, only PG 13 and R-rated American movies were shown. An entirely non-controversial CAB-sponsored activity was the annual ski trip to Colorado during Christmas break. To hold down costs, Earl Miller would drive “Ole Blue” nonstop on the long trips from Magnolia to the resorts.

Theater and music faculty and students continued until 1994 the popular annual spring musicals began in 1971. Dr. Jerry Cortez, head of theater, and Janelle Viertel, assistant professor of music, co-directed productions. A number of SAU band directors beginning with Richard Oliver led student orchestras. Eddie Epperson, who served longer than any of Oliver’s successors, led the band in the 1980s. Many of Broadway’s greatest hit musicals, featuring casts of SAU students, faculty, staff, and Magnolia citizens, were staged in Harton Theater over those years. They included Camelot, Oklahoma!, The Sound of Music, My Fair Lady, Kiss Me, Kate, Grease, Fiddler on the Roof, The Best Little Whorehouse in Texas, and others. Standout players who appeared over the years in multiple musicals included students Mitch Brian and Michael Walters and professors Jake Whitehead, John Smart, Linda Rushton Selman, Ed Kardas, and Robert Terry. When Lionel Bart’s Oliver! was presented in 1983, a score of area children performed, including the star, eleven-year-old Jason Franks of Magnolia.

Theatergoers were also treated to numerous comedies and dramas. Lorraine Hansberry’s A Raisin in the Sun, with its all-black cast, including Dr. Kathleen Mallory, was among the notable offerings of the late 1980s. When English Professor Dan Skelton was not teaching freshman writers, working part-time in the academic affairs office, composing prize-winning poetry, or sponsoring the Mulerider, he was directing plays. In 1980, he brought Margaret Harton, longtime mistress of SAU’s stage, out of retirement as one of the stars of the uproarious comedy Arsenic and Old Lace. Among the era’s best actresses was Stephanie Margot Tull. The National Shakespeare Conservatory in New York accepted her in 1989 into a two-year professional actor training program. Among male actors James “Bubba” Hawley was one of the best, but he eventually chose a career in medicine over one in greasepaint. Mitch Brian went to New York where he appeared in clubs and pursued an acting career.

One SAU student who never appeared in a campus play later starred in a major Hollywood film. He was Ho Hguyen, a Vietnamese refugee who came with his family to Arkansas at the end of the Vietnam War. He and his sisters all graduated from SAU within five years of coming to the United States. While studying toward a master’s degree in biochemistry in Houston, Texas, and needing money, he won a leading role in Alamo Bay (1985), a film directed by famous French director Louis Malle and starring Ed Harris and Amy Madigan. The film’s theme was the sometimes-violent conflicts along the Gulf Coast between refugee Vietnamese fishermen and native Texans. 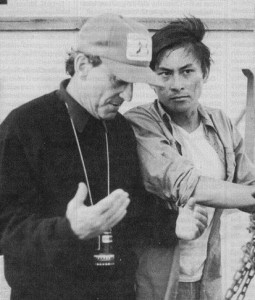 Those whose tastes ran to classical music attended regular student and faculty recitals and heard visiting musicians in the performing artists series. The National Opera Company sang La Bohème in English in 1982. A high point for many music lovers was hearing retired pianist and longtime head of the music department Dr. Robert Campbell perform in 1987 with the concert mistress of the South Arkansas Symphony, violinist Dalene Baer, also nearing the end of her SAU career. A number of faculty and staff went to New York to attend SAU pianist Dr. Andrew Cooperstock’s debut at Carnegie Hall after he had won the 1989 National Federation of Music Clubs Young Artists Competition. Others accompanied Dr. Gene Kelsay’s SAU Heritage Singers to Carnegie Hall in 1990 to perform English composer John Rutter’s world premier of Magnificat. One of SAU’s graduates, mezzo-soprano Lisa Sawyer, ’76, returned home to perform in 1990.

Increasingly, earlier generations’ activities had less appeal to students. The Best of Broadway died in the late 1970s. The Aardvark Show with its Miss Southern Belle contest closed its last curtain in 1984. The Miss SAU Pageant continued. A new beauty, Miss Braymate, appeared in annual swimsuit photo spreads in the Mulerider. Ceil Holmes, a freshman from Dallas, who won the Miss SAU title in 1979, was the first Miss Braymate in 1980. Annual homecoming parades that had traversed Magnolia’s town square for decades gave way to short parades near campus with fewer floats. After 1985, parades were replaced by residence hall yard displays. Even weekly pep rallies before the weekend football games were irregular and badly attended. By the early 1990s, scores of students left campus on Thursday nights for north Louisiana nightclubs that advertised weekly in the Bray. A federal grant aimed at reducing substance abuse in schools funded a new SAU Alcohol and Drug Prevention Team (ADAPT) established in 1991 even though the problem at SAU was probably less severe than at many other universities.

Those most offended included some of the campus’s flourishing religious organizations. For many devout students, they provided the primary extracurricular activity. Several groups built new centers near SAU. The Church of Christ student center was built in 1971. The Missionary Baptist Student Fellowship, established at SSC in 1959, built a student center in 1983. Among the most active religious groups in the late 1980s and 1990s was Chi Alpha that also constructed a meetinghouse. An active group without a center was United Voices for Christ, the Black Students Association’s choir, later renamed Genesis.

The Black Students Association, like other older student and departmental groups, declined, as African American counselor Alvin Brannon pointed out, due to the growth of Greek organizations. The Greeks attracted students who might have played active roles elsewhere. A few departmental clubs continued to flourish, especially business’s Phi Beta Lambda (PBL) that consistently won awards and offices, including the national presidency in 1989–90 with the election of Wayne Floyd, senior finance major from El Dorado. A spin-off of PBL in 1984, Students in Free Enterprise, waged an education campaign in favor of the free market. These two groups provided students travel opportunities to both U.S. coasts and abroad. Also active in giving students travel’s broadening experience was the Biology Club beginning in 1986. Retired biology teacher Marie King established an endowment so that Dr. Hugh Johnson could take members of the newly chartered biology honor society, Beta Beta Beta (May 1, 1987), and other students each spring break on a weeklong trip to major medical and science centers across the country.