The center of campus, the broad mall stretching from Harton Theater to Magale Library, was the site of SAU’s one-hundredth birthday celebration on April 1, 2009. It was on that date a century before that Arkansas Governor George W. Donaghey had signed Act 100, creating the Third District Agricultural School and its three sister institutions. In January 2009, Governor Mike Beebe had reenacted the signing of that bill in special ceremonies at the state capitol, kicking off the centennial year for the four schools. 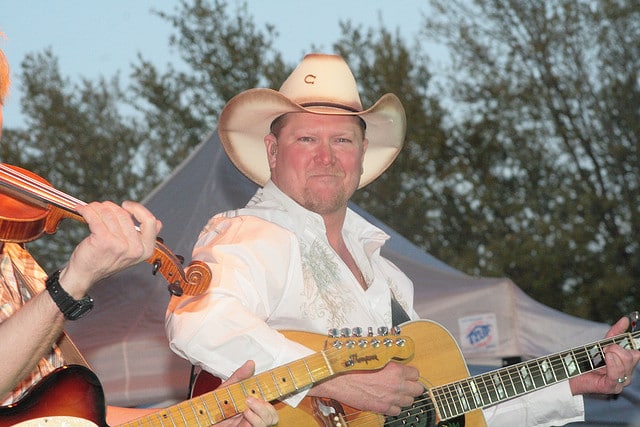 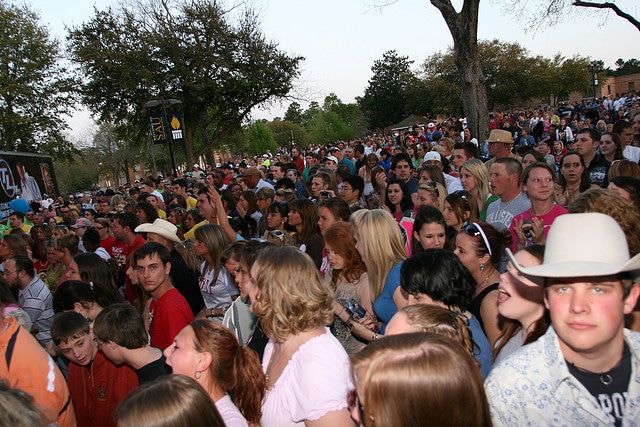 Dr. Rankin recommended and the board of trustees subsequently declared that April 1, 2009, and thereafter every first Thursday in April, would be known as Founders’ Day on the SAU campus to be appropriately recognized with celebrations. On the first Founders’ Day, the occasion’s main event on the mall was a free concert by former SAU student and Country Western music star Tracy Lawrence. In late April, the annual meeting of the Arkansas Historical Association came to SAU and featured presentations on the historical evolution of the four Act 100 schools. On September 19, a re-enactment of SAU’s oldest and most treasured tradition occurred with the Great Southern Arkansas Mule Ride that followed the route from Magnolia to McNeil that the Mulerider football team had traveled before the First World War to catch the Cotton Belt train to go to games. The 2009 Homecoming events in October also had a centennial theme. Renewing an old tradition between the Muleriders and the Boll Weevils, the former agricultural schools at Magnolia and Monticello jointly celebrated their centennials by playing a new El Dorado “Boomtown Football Classic” game at Memorial Stadium on November 7. The contest had been scheduled at that city four times earlier, 1933 to 1947. An “Evening of SAU History” later that month featured the premier of art department chair Doug Waterfield’s DVD, SAU’s Historic Campus, and a book signing by university historian Dr. James F. Willis for his centennial history of the university. 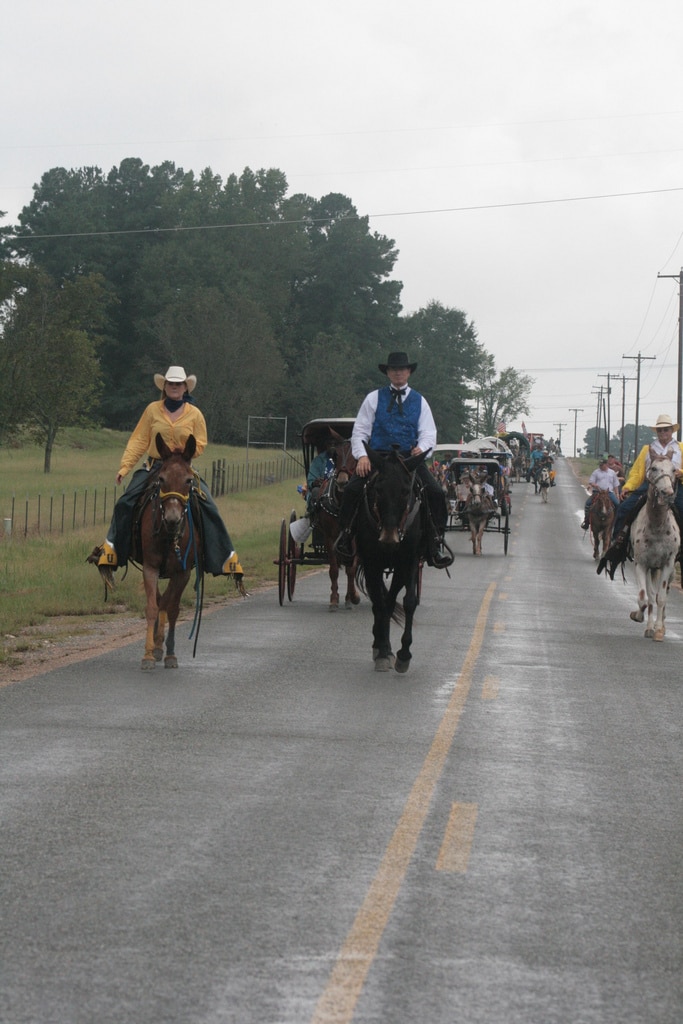 Sunny Wilcox on Molly B and Dr. David Rankin, SAU President, led the mile long line of riders and wagons during the Great SAU Mule Ride of 2009. (Click photo to enlarge)

From the time Woodford Smith received the first diploma that TDAS awarded in 1912 to the ceremonies in May 2009, ninety-eight graduating classes marched forward to join the ranks of Mulerider alumni. The four Mulerider schools for a century had provided sound education for students from every walk of life. Graduation ceremonies were held over the years in the auditorium room of Old Main and at the Greek Theater, in Overstreet Auditorium and in Harton Theater, at Wilkins Stadium and the W. T. Watson gymnasium. Beginning in 2006, commencement was held at the mall with diplomas presented to graduates as they walked up the stairs to the Magale Library’s porch where an assembly of university officials and speakers faced graduates, relatives, and friends, sitting under the trees, stretching back toward Harton Theater. Over the years, the four schools—TDAS, Magnolia A&M, SSC, and SAU—awarded degrees to 19,071 graduates. This centennial history included the names and achievements of only a few of those thousands of individuals. Undoubtedly, the accomplishments of many outstanding persons have been lost or were never recorded. Likewise, only a small fraction of the many nurturing acts of kindness by faculty and staff were recorded. It is only fitting that this centennial history, which chronicled the endeavors of so many remarkable people, should at its end also pay respect to those individuals whose deeds have not been recorded. The hope, energy, and enterprise of those who enthusiastically launched TDAS in 1909 was mirrored and replicated by those leading and studying at SAU at its centennial milestone. The inspiration, memories, and achievements of those earlier generations would now propel SAU into its second century. 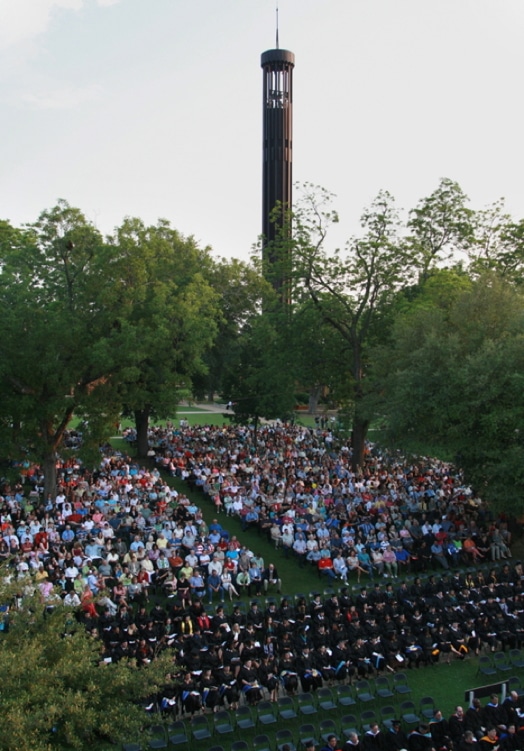 Graduation on the Mall in 2007 (Click photo to enlarge) 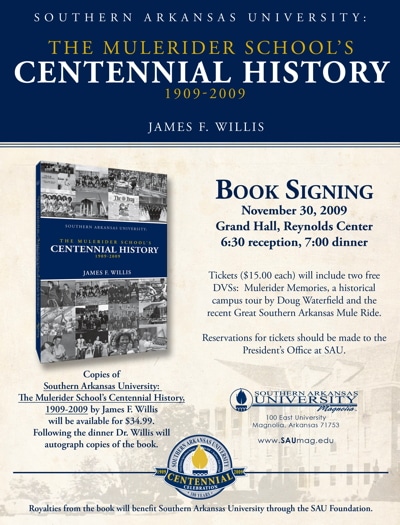