Even with Director of Admissions and Recruitment Sonny Whittington’s best efforts, filling campus dorms was a continuing problem until the late 1980s. From its low point in 1974–75, enrollment grew and exceeded 2,000 by 1983. For several years thereafter, it stabilized, with variations from semester to semester. South Arkansas’s declining population created a permanent drag. The 1960s baby boomers as parents themselves produced a modest boomlet in the late 1980s that helped briefly swell enrollment over 2,500. Most students still came from the counties surrounding SAU, parishes in northwest Louisiana, and border counties in East Texas; but the campus had more diversity than in the past.

Nontraditional students’ enrollment, those twenty-four years or older, typically commuters, increased at SAU, as at universities across the country, to more than 40 percent of total enrollment by the end of the twentieth century. Black enrollment (discussed later) also increased. Female students, tracking national trends, grew to equal the number of men by 1974 and continued to increase until coeds constituted 58 percent of SAU’s student body in 1978, a percentage that stabilized for the next quarter century.

A majority of women students did not translate into greater gender influence. In a decade and a half after 1976, only one coed, Teresa Owen in 1982, was elected student government association president.

Many of SAU’s greatest athletes were African Americans, reflecting a surge in black enrollment, which exceeded 20 percent in the 1980s. [SAU President] Dr.[Harold T.] Brinson worked to comply with the federal court–ordered higher education desegregation plan. Among his good faith measures were regular meetings with a local black leaders’ advisory committee. SAU hired more black employees in areas other than custodial positions. However, SAU and Arkansas higher education in general failed to satisfy the court, which in 1983 ordered more vigorous efforts. The black population in the counties that SAU served was 30 percent, and matching it in enrollment was the desegregation plan’s goal. This was difficult to achieve in the 1980s when student aid declined and was provided in more loans and fewer grants. Fierce national competition for black Ph.D.s meant much higher salaries in other states, which made hiring enough black faculty to reach the target goal of 16 percent virtually impossible. By the late 1980s, black faculty at SAU was only 5.7 percent, and black enrollment, 20–22 percent. Despite the shortfall, SAU had a higher percentage of black faculty and students than any state institution, with the exception of the University of Arkansas at Pine Bluff, the state’s historically black school.

There were indications of racial progress at SAU. The election of black students to prominent campus positions suggested a measure of social and cultural integration. Regina Collins in spring 1979 became the Bray’s first black editor; others followed. Georgia Johnson, the School of Business’s outstanding marketing major, also served as the first black homecoming queen in 1981; there were eight more during the next two decades. Fred Coleman, elected in 1986, was the first black student body president; three more followed during the 1990s. Many eminent speakers were brought to campus for Black History Month. These included the Reverend Ralph Abernathy, leader of the Southern Christian Leadership Conference; Dick Gregory, famous comedian and activist of the 1960s; Dr. Mary Frances Berry, Howard University professor and member of the U.S. Civil Rights Commission; and Susan L. Taylor, editor of the magazine Essence. There were repeat appearances by politicians Carl Stokes and Julian Bond, who had both spoken in the 1970s. The largest and most enthusiastic crowd for any speaker heard the Reverend Jesse Jackson speak on the mall during the 1988 presidential campaign. 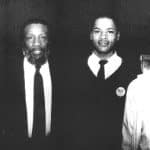 In part to encourage more black and white students to live on campus, numerous housing changes were made. Increasingly important campus figures were RAs (residence assistants). A new name, residence hall, replaced dorm throughout the United States as policies changed. Traditional rules disappeared, including curfew hours for coeds as well as restrictions on room visitations by members of the opposite sex. The older women, usually widows, that [SSC President] Dr. [Imon E.] Bruce employed as “dorm mothers” were not replaced as they retired. Carefully trained residence assistants (RAs) helped halls toward becoming more student governed. J. B. Courson, a new assistant dean, helped bring about these changes that included replacing the men’s and women’s councils with a residence hall association. 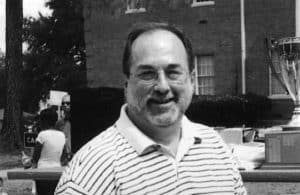