A Sitdown with SAU Running Back Dennis Daniels

I had the opportunity to have a conversation with Dennis Daniels, a Redshirt Sophomore Running Back for the Muleriders from Warren, Arkansas. Daniels was unaware, but he and I had met for the first time four years ago during the Summer of 2016 at Arkansas Boys State where we were in the same group. I got to know Daniels pretty well, and I would’ve considered us friends. At some point at Boys State, most of the people in the group added each other on the social media platform, Snapchat. Daniels and I have been friends on the app since then, and I’ve been able to watch his football and SAU journey for over three years on his Snapchat stories.

“So, tell me a little bit about yourself.”

“I’m a Mechanical Engineer Major, I’m a Junior, but I’m a Redshirt Sophomore on the field. I have three older brothers, and I like hunting and fishing and video games. And I guess that’s about it (laughs).”

Last week, the Warren Lumberjacks faced off against the Magnolia Panthers in Wilkins Stadium at SAU and defeated the Panthers handily 41-21. Daniels, who graduated from Warren High School, was in attendance.

“What’s it like watching your high school team play at your university against the hometown team? I know you’re in the stands wearing [Warren Lumberjacks] orange, right?”

“It just brings back a lot of memories. In the stands, everyone calling out my name, recognizing me. It’s just a lot of love for Warren. I look forward to watching them play for the rest of the season, and I’ve been talking to some of the guys from there trying to get them to come to play here [at SAU].”

“Can you draw any comparisons or differences between high school football at Warren and here at SAU?”

“The major difference is the speed of the game and the competition you have to face. A lot of people can play high school football, but when you get to college, you’re playing against [high school] all-star teams. People at Warren knew me. Coming here, you’ve got to earn the fan’s trust and build your name up on campus and around the conference. That’s one of my goals this year, make a statement and leave a mark. Let everyone know that I’m the real deal (laughs).”

“This is your third year at SAU, and you and the rest of the running backs are likely to have a much bigger role this season with a new quarterback at the helm. Tell me what you’re looking forward to this season.”

“That’s a good question. Most importantly, it’s about taking it one game at a time, focus on who you’re competing against. The rest will handle itself. Our main goal is a conference championship, that’s our goal every year. It’s really just taking it a game at a time.”

Daniels in a game against Ouachita Baptist in 2018

“Let’s go back to last year. You were a Redshirt Freshman, and it was your first time getting some snaps and playing time [at the college level]. What can you tell me what it was like at the end of the season? You guys were hot, 8-1, and kind of fell off towards the end, and it pushed you guys back a little bit. What can you tell me about the coaching staff and the players and leaving that season, putting it behind you, especially leading into the start of this season?”

“Yeah, that comes with being mentally tough, ya know? Sure, it was a disappointment last year but you must put that behind you, it’s a new year. The coaching staff, they do everything they can do for us to get better every day, and it’s just on the players. You’ve got to come mentally prepared to play. Anybody can get beat on any day, any game. No matter what circumstance it is, it’s just on us. The coaches are doing what they’re supposed to do. We’ve just got to go out there and execute.”

“How do you personally rebound from a loss?”

“You guys play Southern Nazarene on Thursday. What are you expecting from them? What are your thoughts going in? How are you going to beat them?”

“Give me your prediction for the final score.”

“I’m hoping around 55-0, somewhere around there (laughs). Stuff happens, and they may score later on, but right now we’re focusing on playing all four quarters.”

“Just one last thing, why do you think SAU feels like home?”

“It’s because everyone is really friendly. My professors are laid back and always willing to help, especially if you show that you care. If you talk with them, you can get real 1-on-1 time, and there’s always something to do on campus.”

UPDATE: Southern Arkansas defeated Southern Nazarene 34-14. Daniels finished with 13 rushing attempts for 99 yards, with a long 36-yard run that ended in a touchdown. Daniels also had a reception for 17 yards. SAU had 323 yards total rushing. 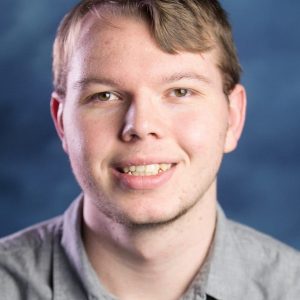 Colby Clinton is a junior pursuing a degree in Mass Communications. He has interests in sports, video games, and spending time with his friends. He hopes to work in the sports journalism field after graduation.
All My Posts
Recent Posts

Eight students will compete in the annual Miss Southern Arkansas University Scholarship Competition. The competition will be on February 29 at 6 p.m. in Harton Theatre.

It’s that time of the year again!  That’s right. The housing application process is open and ready for your application. At Southern Arkansas University, there

Hey Muleriders! Living on a college student budget isn’t that easy, especially when you’re far away from any family, and you don’t have a job

Our crib’s feature is a Social @ SAU series that highlights decked-out residence hall rooms across the SAU campus. So if you are looking for

Hey Muleriders! This week I am going to talk to you all about the importance of getting an internship while you are studying here at

Hey Muleriders! It’s that time of year again: flu season. It’s arguably the yuckiest time of the year, and you’re likely to know someone who