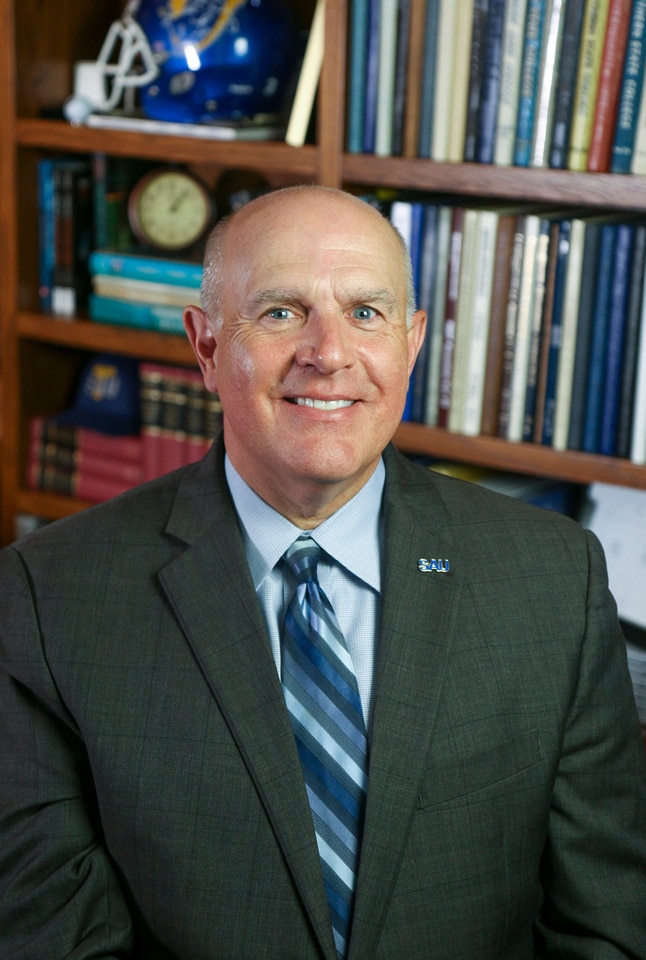 President Berry joined SAU in 2011 as professor of history and dean of the College of Liberal and Performing Arts. He was promoted to provost and vice president for academic affairs one year later. Before coming to SAU, he spent two years as deputy director of the Department of Arkansas Heritage, two years as a dean at the University of Arkansas at Monticello, and 18 years as a faculty member and administrator at Ouachita Baptist University.

Berry became president in 2015, and the nexus of his presidency was to focus on people, planning, programs, and philanthropy, all which have been evidenced during his tenure. During this time, SAU launched and successfully completed its most ambitious comprehensive fundraising initiative in its history. Beginning in 2016 and concluding in October 2021, the Love & Loyalty Campaign raised $29.7 million, far surpassing its goal of raising $22.275 million, thanks to the generosity of Mulerider alumni and friends. The campaign established over 100 new endowments and funded support for every area of campus.

The University is now home to an ABET-accredited engineering program, a new doctoral program in rural and diverse educational leadership, a growing graduate school, a top-ranked nursing program, a teacher education program with double-digit growth, and many more academic accolades.

Enrollment has increased by more than 10% since Dr. Berry’s presidency began, and with 5,094 students enrolled during the fall of 2022, SAU experienced the highest enrollment in institutional history.

President Berry earned both his M.A. and Ph.D. in history at the University of Mississippi and earned his B.A. in history with minors in both political science and biology at Ouachita Baptist University. His published books provide factual historic accounts of Arkansas history and include: The Forgotten Expedition; The Louisiana Purchase: Journals of Dunbar and Hunter; The Arkansas Journey (5th to 7th grade text book); and Arkansas History: A Collegiate Reader.