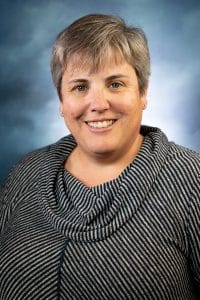 Mrs. Mickey has been the Assistant Band Director since the Fall of 1998 and is a Instructor of Woodwinds at Southern Arkansas University where she conducts the Concert Band, woodwind ensembles, and assists with the marching band. While at the University of Central Arkansas she was the principal clarinetist in the Wind Ensemble for three years. While at Northeast Louisiana University she studied clarinet with Dr. William Nichols and served as assistant conductor of the Concert Band.

Mrs. Mickey has taught elementary music, music appreciation, and junior high and senior high instrumental music in Arkansas and Louisiana. In 1998 her band received a superior rating at the Louisiana District I Concert Band Festival. She holds memberships in Tau Beta Sigma and Music Educators National Conference. She is the sponsor of the Gamma Omicron Chapter of Tau Beta Sigma and is an honorary brother of the Delta Chi Chapter of Kappa Kappa Psi.