The Engineering Physics bachelor’s degree with science sub-plan is versatile and designed to provide students with a solid foundation in physics, mathematics and core engineering concepts, all of which are necessary to pursue graduate work in multidisciplinary complex areas. The curriculum leaves students with a variety of career choices. Graduates are able to seek innovative careers in industry, typically in research and development where problem-solving skills and an understanding of engineering are necessary, while at the same time, it provides a firm foundation for the pursuit of graduate studies in interdisciplinary engineering or physics topics at esteemed research universities. To name a few, our graduates may continue their education in advanced engineering and physics programs such as microelectronics, photonics, nuclear engineering, biomedical engineering, biophysics, radiation physics, nanotechnology or any discipline where the principles of physics are applied. 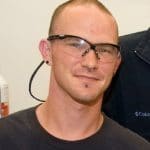 After graduating from SAU with a BS in Engineering Physics Science Option in May 2011, Perry completed a master’s degree in Microelectronics-Photonics at the University of Arkansas in 2013, and is currently finishing his final year as a PhD candidate in the Microelectronics-Photonics program at the University of Arkansas. His research is on the Molecular Beam Epitaxy growth of III/V-Bi materials and growth of GeSn materials using an Ultra-high vacuum Chemical Vapor Deposition (UHV-CVD) chamber.

Beyond his studies and research, Perry was recently named Vice President of Arktonics, LLC, a start-up company based on technology being developed at the University of Arkansas. His position with this company entails putting together a business plan and competition in business plan competitions within the next year, maintaining the UHV systems, and writing proposals for upcoming funding opportunities. 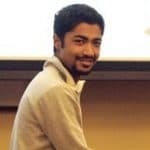 Nishan graduated with a double degree in Engineering Physics Science Option and Mathematics from SAU in May 2013, he completed master’s degree in Medical Physics and is currently pursuing a PhD in Physics at Oklahoma State University.

Nishan’s current research goal is to develop a new 2D dosimetry system based on Optically Stimulated Luminescence and Radio Photo Luminescence for quality assurance and dose verification in treatment planning during radiation therapy. After getting his degree, he hopes to become a medical physicist and work in a hospital to make treatment plans and diagnoses for cancer patients. 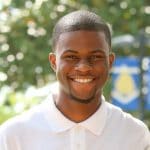 While he was a student at SAU, Darryl was able to work with Dr. Bachri on a Space Radiation and Microgravity project that allowed him to experience hands-on research with NASA, which went arm-in-arm with his dream of working at NASA Ames Center of Nanotechnology (CNT) or the NASA Space Science Enterprise (SSE). 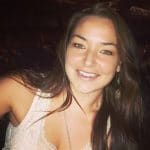 During her undergrad career at SAU, Kahli majored in Engineering Physics Science Option and completed two summer internships, one at Lawrence Berkeley National Laboratory in particle physics and one at Edwards Air Force Electric Propulsion Laboratory.
Kahli’s internships, as well as being a supplemental instructor for Physics I and II, prepared her well for graduate school, and after graduating from SAU in May 2013 she headed straight to graduate school at Oklahoma State University. She has since completed a master’s degree in Medical Physics, and is currently pursuing a PhD in Physics in the field of radiation and dosimetry.

Kahli recently presented her research in Germany to the 18th Solid State Dosimetry Conference in Munich. After graduate school, she hopes to go into a residency program and then eventually become a medical physicist, where she’ll develop and administer radiation treatments in oncology.

General Education – 18 hours (17 hours of mathematics, biological science, physical
science, social science, and fine arts/humanities courses are included in the major.) All
Engineering majors must take 3 hours of US history or American government.

No minor is required in this major