Michael Suttle, an agriculture business major at Southern Arkansas University, has received the 2021 Homegrown by Heroes scholarship from the Arkansas Department of Agriculture and Farm Credit Associations of Arkansas. He was awarded $1,000 for the fall semester.

The Arkansas Department of Agriculture and Farm Credit Associations of Arkansas provide scholarships to military veterans and active military personnel, their spouses, and children pursuing a degree in agriculture. Suttle, of Camden, retired after 20 years of service in the U.S. Army; where he received the Bronze Star, Purple Heart, Army Commendation Medal, and Army Achievement Medal. In the past year, he started his own small-scale poultry and beef operation and his own apiary/pollination program. 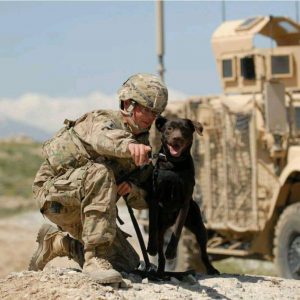 “For me, this scholarship signifies the continuing support of the Arkansas public of returning military members from the rigors of combat who desire to live a peaceful, quiet existence while still serving their communities,” Suttle said. “It shows that the Arkansas state, county, and local government, as well as organizations such as Farm Credit, still stand by those that answer the call to serve the public yet ask for nothing in return.”

He deployed five times, once to Iraq and four times to Afghanistan, where he disarmed and disabled explosive obstacles and hazards, such as minefields and improvised explosive devices. My duties also included constructing and improving living conditions for deployed members of the U.S. military and supporting organizations, as well as supervising, training, mentoring, and counseling young adults who joined the Army.

“My proudest accomplishment was the return of every one of the soldiers under my care from the Middle East with no injuries or loss of life and watching them go forth and do amazing things,” Suttle said.

He retired as a Sergeant First Class (SFC) and moved back to Camden to be with his family and pursue a career in agriculture. He and his wife, Kellie, were wed in 2015, and Kellie works at Raytheon Missile Systems in East Camden. “Without the support of my wife and parents, I would not be able to chase my dream of owning an agribusiness and attending school at the same time,” he said.

Suttle is a lifetime member of the Camden and Prescott Lodges of the Arkansas Free and Accepted Masons, the Army Engineer Association, and Tau Kappa Epsilon. His parents are Michael and Susan Suttle of Camden.

The Homegrown by Heroes scholarship will assist his educational goals by providing “some amount of financial freedom during the fall semester between supporting my family, commuting, and attending school and trying to grow my dream of a viable agribusiness,” Suttle said.

He thanked numerous members of SAU’s agriculture faculty, including Dr. Pierre Boumtje, Dr. Martine Boumtje, Dr. Daniel McDermott, Dr. Copie Moore, Blessing Ugwuanyi, Amy Bradshaw and Mia Cheatham. “Without their guidance and mentorship, I would not have received the scholarship,” he said.

Suttle said he was warmly greeted at SAU as a non-traditional student. “I encountered professors who not only ensured that I would be prepared to continue my studies but help guide me through the transition from the workforce to student,” he said. “Initially, I chose SAU because of the Agricultural degree programs, but the welcoming nature of the student body, professors, and staff truly embody the slogan, Feels like Home. Even at 39 years old with a family of my own, I truly feel like I belong at SAU and will always have a second family that I can turn to for support.”

The Homegrown by Heroes scholarship is affiliated with the Arkansas Department of Agriculture’s Homegrown by Heroes program that helps farmer veterans market their local agricultural products by labeling them as veteran-grown and produced. To learn more, visit https://arkansasgrown.org/homegrown-by-heroes/.