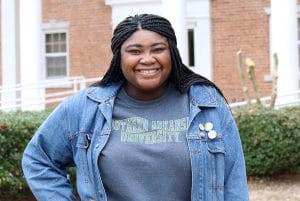 Chioma Akolam, a senior psychology major at Southern Arkansas University, has been accepted into graduate school at Kingston University in London, England.

Akolam, from Dallas, Texas, will graduate from SAU in May and move to England in August to begin studying child psychology at Kingston. The Nigeria native is thrilled to pursue her degree in London, where she found out recently that she has family.

“I have cousins, aunts and uncles in London that I’ve never met,” Akolam said. “We now stay in contact regularly. I look forward to seeing them at least once a week after I move there.”

Having family in London encouraged Akolam to look overseas for a graduate school option. “Kingston was perfect; everything about it felt right. It takes significantly less time to complete a degree there. I sent in my application and got the acceptance letter over the Christmas break.”

Her passion for child psychology stems from her internship last summer in San Diego. “I interned with Kaleo Missions, which sponsors urban mission trips. I worked with children in refugee populations and realized when I got home that children should be my primary focus.” 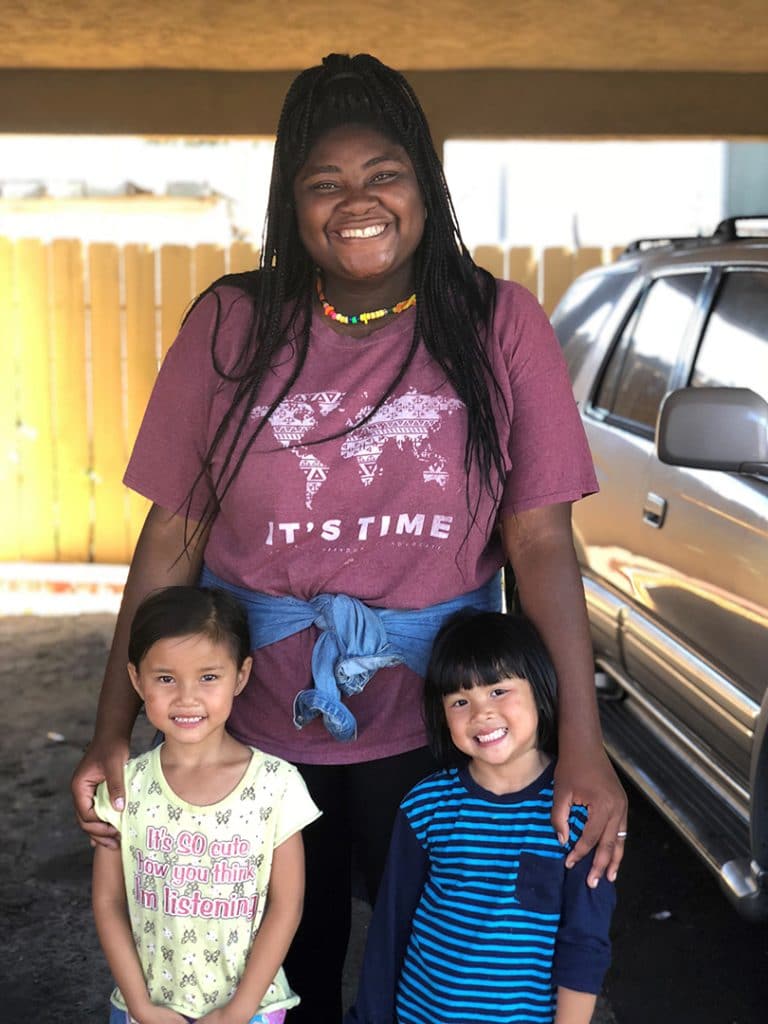 Her work inspired her to become an outlet for children with traumatic stories. “I saw many broken kids. Many of them were fleeing from their own country. They would open up to us about what they saw.”

One child from Burundi described seeing her sister shot and killed. “She had a real hatred for her country,” Akolam said. “It was so sad.”

But interacting with the children and providing them with emotional support inspired Akolam to become “super-passionate” about her academic path at SAU.

“I came here on a track scholarship,” Akolam said. “I was a shot putter. I’ve always loved SAU and I’ve made a lot of friends. I’m very extroverted, and this was the perfect environment.” She is president of the Student Activities Board and Chi Alpha Christian Fellowship and a member of the Student Government Association.

Akolam and her family immigrated to the U.S. on a visa lottery in 2000. “I’ve wanted to be a psychologist since the seventh grade, and I love studying different cultures. I’m interested in hearing what people in London have to say about their childhood experiences and comparing those with my own.”

She said she would definitely recommend SAU to anyone considering a university home. “I love the organizations and faculty,” she said. “We especially love Carey Baker, the dean of students. We call him ‘Uncle Baker.’ We know that if there is an issue, we can go to him and he’ll have a clear idea what to do.”

Though she expects some culture shock when she arrives in London, Akolam looks forward to expanding her horizons. She’s even practicing a British accent.

“My possibilities are endless,” she said.