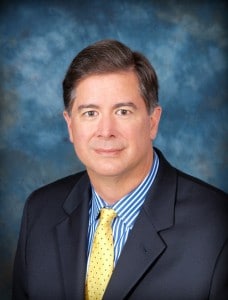 Middle East scholar Dr. David W. Lesch will discuss the Syrian conflict, which rages into its third year of death and destruction, at the 2014 Southern Arkansas University Emerson-Thomas-Crone Lecture.

Lesch’s speech is titled “Bashar al-Asad and the Disintegration of Syria.” According to Lesch, if this conflict continues to rage on indefinitely, it could have disastrous regional and international repercussions.

According to the speech abstract, Lesch will answer many questions related to this conflict, such as:

He is the author or editor of 14 books and more than 110 publications. He has consistently met with and advised high level officials in the United States, Europe, the Middle East, and the United Nations on diplomatic issues. He has frequently testified in front of Senate and House committees.

He also developed, organized and is the project director for the Harvard University-NUPI-Trinity University Syria Research Project: Obstacles to a Resolution of the Syrian Conflict. Dr. Lesch has led a team of researchers over the past year to meet with almost all of the players to the Syrian conflict domestically, regionally and internationally. It is hoped that this information will provide the necessary insights to and knowledge of the dynamics of the conflict in order to formulate possible pathways toward conflict resolution. He just completed an 850-page Final Report for the project and has been presenting and discussing his findings in Europe, at the UN, and elsewhere. He met regularly with Syrian President Bashar al-Asad between 2004 and 2009.

He lives in San Antonio with his wife, Judy Dunlap.

The Emerson-Thomas-Crone Lectureship in the Humanities was established by an initial gift from Sarai T. Crone. Her son, John T. Crone, III, of San Antonio, Texas, completed the funding of her commitment as executor of her estate. The lectureship in the College of Liberal and Performing Arts at Southern Arkansas University provides for an annual presentation by an outstanding figure in history, literature, psychology, sociology, or political science.

For more information on the Emerson-Thomas-Crone Lecture or on how to begin an endowment to fund a lectureship series, contact the SAU Foundation Office at (870) 235-4078.