Southern Arkansas University set three enrollment records in the fall, and the trend continued as SAU has reported a record number of students a spring semester.

“This spring’s enrollment following on the heels of a record fall enrollment indicates that SAU is not only attracting more students, but retaining them as well,” said SAU President Dr. David Rankin. “There is no question that an increasing number of students is discovering that Southern Arkansas University is a great place to pursue their degrees.” 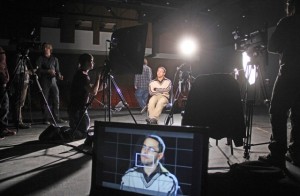 SAU is known in part for its comprehensive list of degree options. SAU has been a trend-setter in higher education in the state and region by offering cutting-edge degrees such as Computer Game and Animation Design. This program started at SAU in the fall of 2013, and is the only degree program of its kind in Arkansas and the region. The Digital Cinema Production degree, which began just over five years in recognition of movie productions taking place in the region, continues to draw students to SAU.

More recently, SAU was approved to establish a Bachelor of Science in Engineering program. This will be the only engineering program offered south of Little Rock. Industry representatives from across the region rallied behind SAU in the push for this program, which clearly demonstrated the need for well-qualified engineers.

In the fall, SAU set three enrollment records, including overall enrollment, residence hall enrollment, and new student enrollment. University officials credited these records to competitive academic programs, a dedicated faculty and staff, the “complete college experience” campaign, and an extending reach into Arkansas, Texas and beyond.

Among SAU’s student body are 102 international students from 34 countries around the globe.

In celebration of this broadening reach, SAU loaded up its unique mascot for the “Taking the Mulerider on the Road” initiative. Mulerider Megan Maye, senior finance major, and Molly Ann the mule turned a number of heads as they rode through Texarkana, Hot Springs and Little Rock. Additional trips are in the works to continue spreading the word about SAU and the University’s rising enrollment trend.