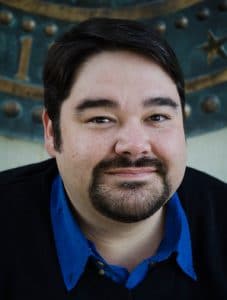 Following graduation from CNU, he enjoyed thirteen years as the Director of Choral Arts at Cherokee High School (CHS) in Rogersville, Tennessee. At CHS he directed the CHS Chorale and Concert Choir, taught music theory, music appreciation, and musical theatre classes — as well as directing the annual spring musical production. While in Rogersville, Dr. Nelson was recognized by his colleagues for his excellence in teaching as Cherokee High School’s Teacher of the Year an unprecedented three times during his tenure. In 2014 he was additionally named the Hawkins County Teacher of the Year. He also served as the Lead Teacher in Fine Arts for Hawkins County and was instrumental in the implementation of the Tennessee Growth in Arts Measurement System in Hawkins County.

In May 2016, Dr. Nelson graduated with a MM in Choral Conducting (with honors) from Austin Peay State University in Clarksville, TN, where he served as the Graduate Assistant in Choral Music. He studied voice and vocal pedagogy with noted voice teacher Dr. Sharon Mabry and conducting with Dr. Korre Foster. While in Clarksville he sang in several choral organizations: the APSU Chamber Singers, the First Presbyterian Sanctuary Choir, and the Gateway Chamber Chorus.

Dr. Nelson completed his DMA studies at Texas Tech University in May 2019. His research interests include the male part-songs of Anton Bruckner, performance practices of African-American spirituals, and techniques to assist young conductors in finding balance between their technical and artistic personalities. At TTU, Dr. Nelson was fortunate to study with the following teachers: Prof. Richard Bjella, Dr. Alan Zabriskie, Dr. John Hollins, and Dr. Carolyn Cruse. As a “Red Raider” Dr. Nelson served as the graduate assistant conductor for The Lubbock Chorale, conductor of the University and Matador Singers, and associate conductor of the University Choir. His teaching duties also included coursework in choral methods as well as private instruction for undergraduate conductors. In addition, Dr. Nelson served as a mentor for senior music education students through a choral apprenticeship program and served as a choral clinician for Lubbock ISD and the TTU Middle School Tenor-Bass Festival.