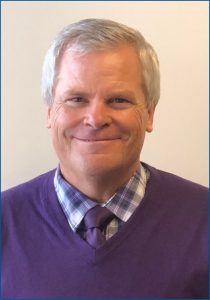 Dr. Bob Lashlee, Adjunct Professor, earned a B.S. in Chemistry from University of Central Arkansas in 1982, a B.S. in Electrical Engineering from University of New Mexico in 1984, an M.S. in Electrical Engineering from the Air Force Institute of Technology in 1987, and a Ph.D. in Electrical Engineering from University of Missouri-Rolla in 1994. Dr. Lashlee also served for 15 years as a research and development officer in the Air Force, where his primary experience was in navigation, guidance, and control of systems ranging from long range stand-off weapons to satellite control. He then worked for L-3 Communications as the lead for satellite communication testing from 1997 through 2009 before joining LinQuest as the test and evaluation lead for MILSATCOM programs, where he has worked for the past nine years