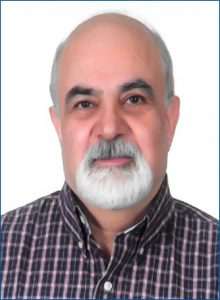 Dr. Ali Dadgar received his graduate and undergraduate degrees from Oklahoma State University in Stillwater, Oklahoma. He completed his Ph.D. in Chemical Engineering in 1986 with an emphasis in biomass conversion recovery. Dr. Dadgar started his career with Ethyl Corporation (the chemical division became Albemarle Corporation in 1994) in the Process Development-R&D Dept. He worked on the research and development of new products, from bench to pilot plant to commercial operations, in brominated flame retardants, olefins, poly alpha olefins, antioxidants, and Naproxen ligands, among several others. He also worked in the process design and economic evaluation divisions, where he was the principal design engineer for the several commercial plants in the US and in Jordan. For the past 15 years, Dr. Dadgar has been working on plant cost reduction projects, optimization, waste minimization, waste energy recovery, and automation by utilizing on-line analyzers. He holds eight US patents and five refereed publications.